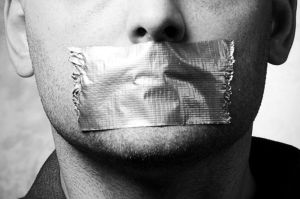 (The following is a Letter to the Editor (LTE) written by me that was published today in the local daily newspaper of Santa Clarita, The Signal. I was responding to another LTE critical of my last column, “The Great Mask Scam”. You can read that person’s LTE here: Dorio LTE)

Most of the columns and letters to the editor (LTEs) that I write and that are published by The Signal concern political topics, and since I’m a conservative I expect – and get – a lot of umbrage and pushback from leftists who disagree with my views.

That’s fine with me. I believe in open debate in a free society. But that’s a view that apparently isn’t shared by all.

My 2 December column “The Great American Mask Scam” engendered a responding LTE from Gene Dorio (“Fringe-Speak in Baker Column”, 9 December) that illustrates the problem. Rather than making any effort at all to refute the specific assertions of my column, which included six links to verifiable reputable sources, Dorio presumes a position of superior moral authority (“As a geriatric physician…”), makes a claim unsupported by any documentation (“(I) find this commentary disseminates misinformation while pitting science and public health against political bias.”), and then advocates censorship (“Advising and advocating citizens to wear a mask is not a scam, and The Signal might join in to better serve the health and welfare of our community.”).

You don’t get to win at poker by claiming you have the better hand but refusing to show your cards. The same holds true when debating public policy. Dorio is certainly entitled to his opinion, but that’s all it is… an opinion.

To their credit, The Signal’s editors follow a policy of open debate, and in fact noted when they published Dorio’s LTE that they didn’t agree with my column. Such a policy gives the reading public the opportunity to see all sides of an issue, not just whatever seems to be most popular with leftists at the moment. Major kudos to The Signal.

The leftists’ love of censorship and “cancel culture” is one of the biggest dangers facing this country. They can’t be allowed to get away with it.